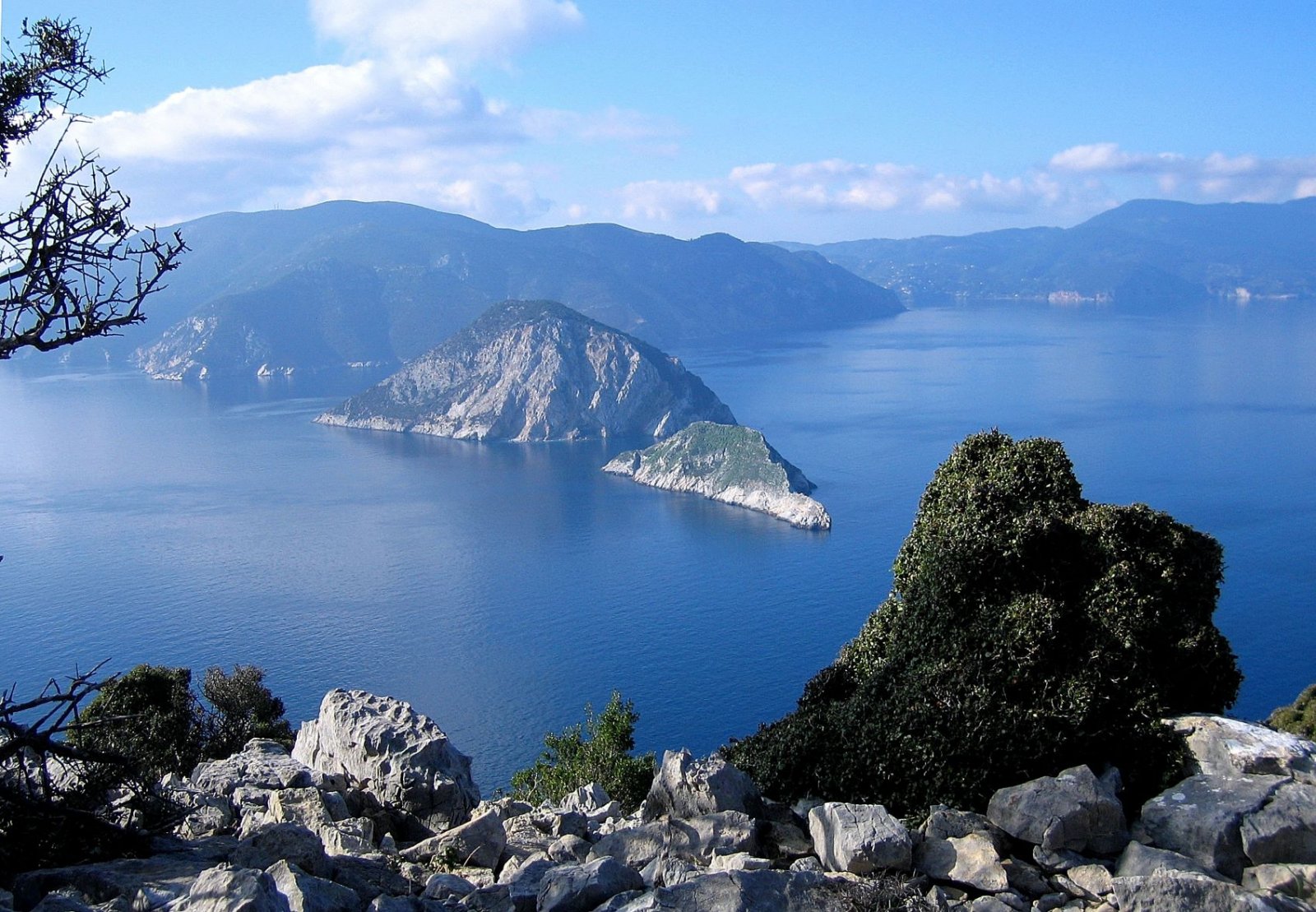 Alonnisos is a beautiful, green island situated in the north-west of the Aegean Sea, about 40 kilometres from Pelion on the Greek mainland. It belongs to the Northern Sporadic group of islands, which from a geological standpoint are contiguous with the mainland, despite the intervening submerged area. Alonnisos is a roughly oblong island, about 20 km long and between 3-4 km wide. The island has a magnificent and varied natural history which has made a deep impression on generations of visitors.

Even as the boat approaches the island, your first impressions are of a landscape rich in contrasts. The western promontory rises precipitously from the sea in rugged cliff formations to a height of 300 meters but soon rolling, green hills emerge from behind the promontory, and a small village appears at their peak. This village, Palia Alonnisos (Old Alonnisos), is the former main settlement of the island.

After another 15 minutes travel along the beautiful pine-clad southeast coast you arrive at the main harbour of the island, Patitiri. The harbour is situated in a small bay with crystal-clear turquoise waters, surrounded by steep, ochre-yellow cliffs. The area behind the harbour is densely developed and the built-up area continues into the next bay, Rousoum, and on into the neighbouring fishing village of Votsi.

If you are interested in hiking or more detailed information about the island take a look in the books Alonnisos on Foot - A Walking and Swimming Guide and The Alonnisos Guide https://bit.ly/3syEl4b.

Apart from these settlements (Palia Alonnisos, Patitiri and Votsi) there are only two more villages, both further up the southeast coast. The first is Steni Vala (by land, 10 km from Patitiri) - a charming little fishing village and home port for many sailors, as it is the last place to take on provisions before visiting the many uninhabited islands in the area. A little further up the coast is the last small built-up area Kalamakia, which consists of a few houses and a small harbour.

Alonnisos offers a great many possibilities to swim in the crystal-clear waters at any of the many bays of the island, each more picturesque than the last, and all very different in character. The colourful landscape, the dramatic shapes of the cliffs and the wide variety of vegetation on the island make it a magnet for nature-lovers; just to take in the fantastic views, or to smell the aromatic herbs that grow all over the island, are wonderful experiences in themselves.

There are many possibilities for hiking in Alonnisos, as many of the old donkey paths are kept open, and most of the areas of the island are easy to reach, even with peaks of up to 474 metres. 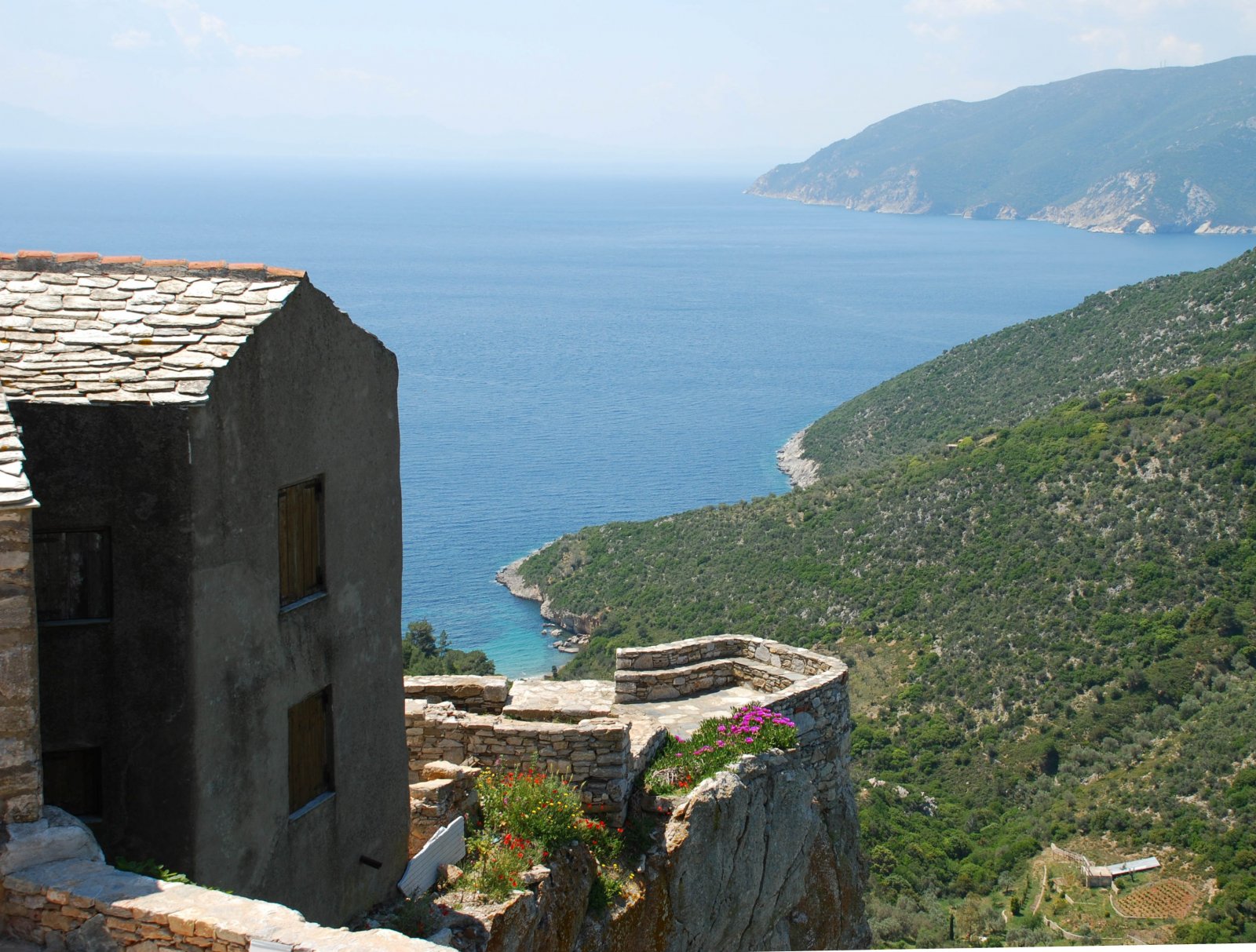 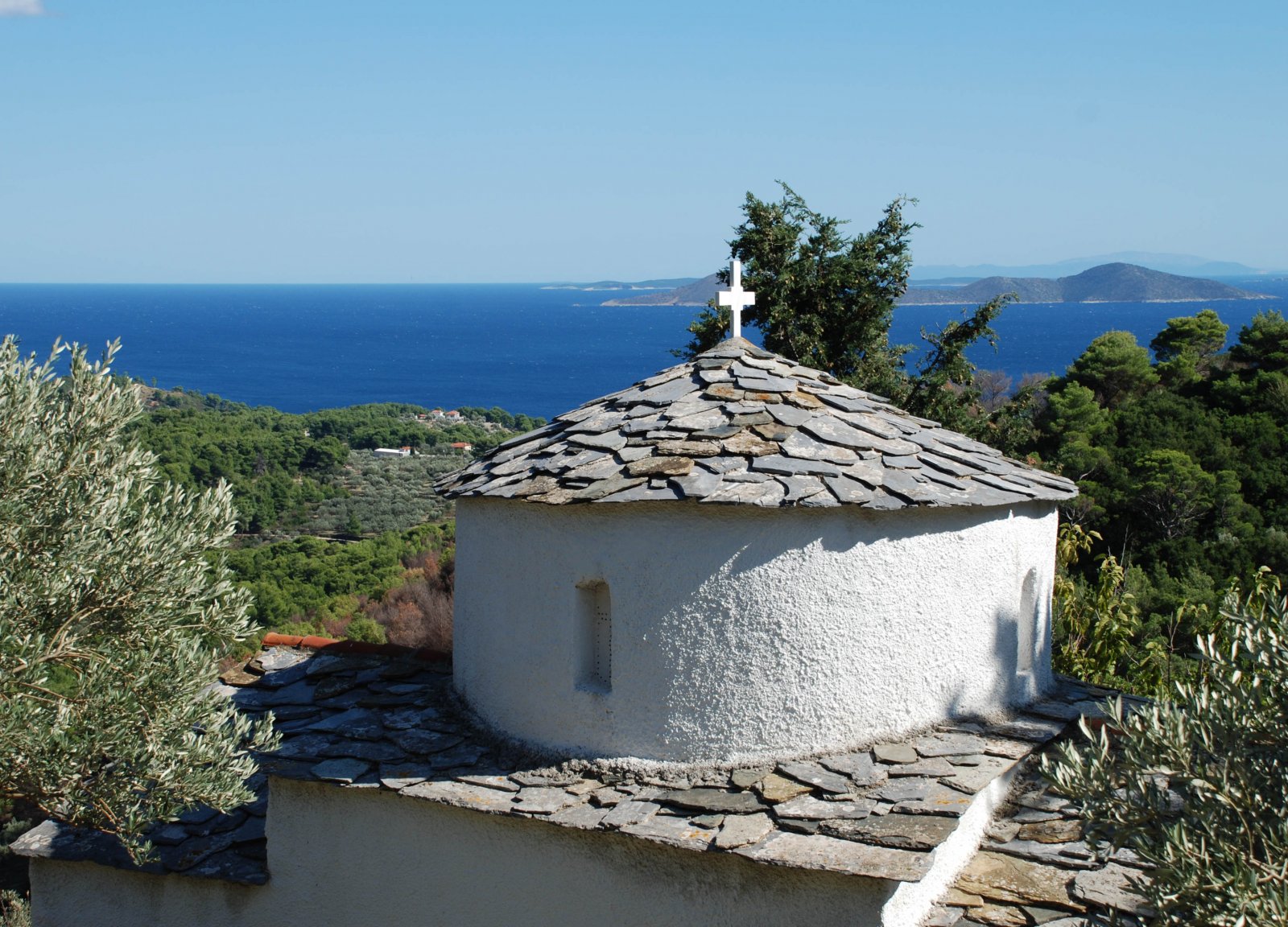 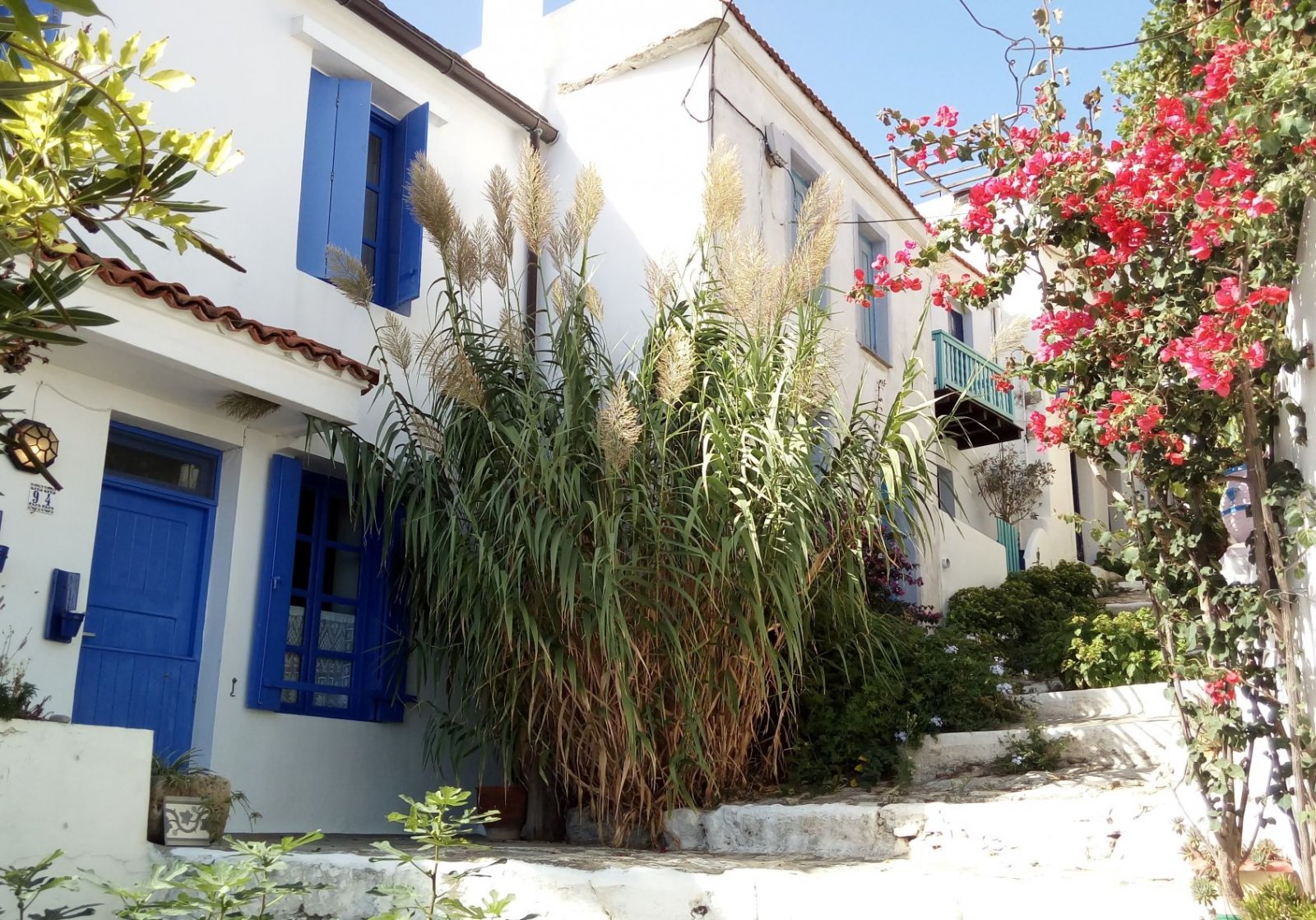 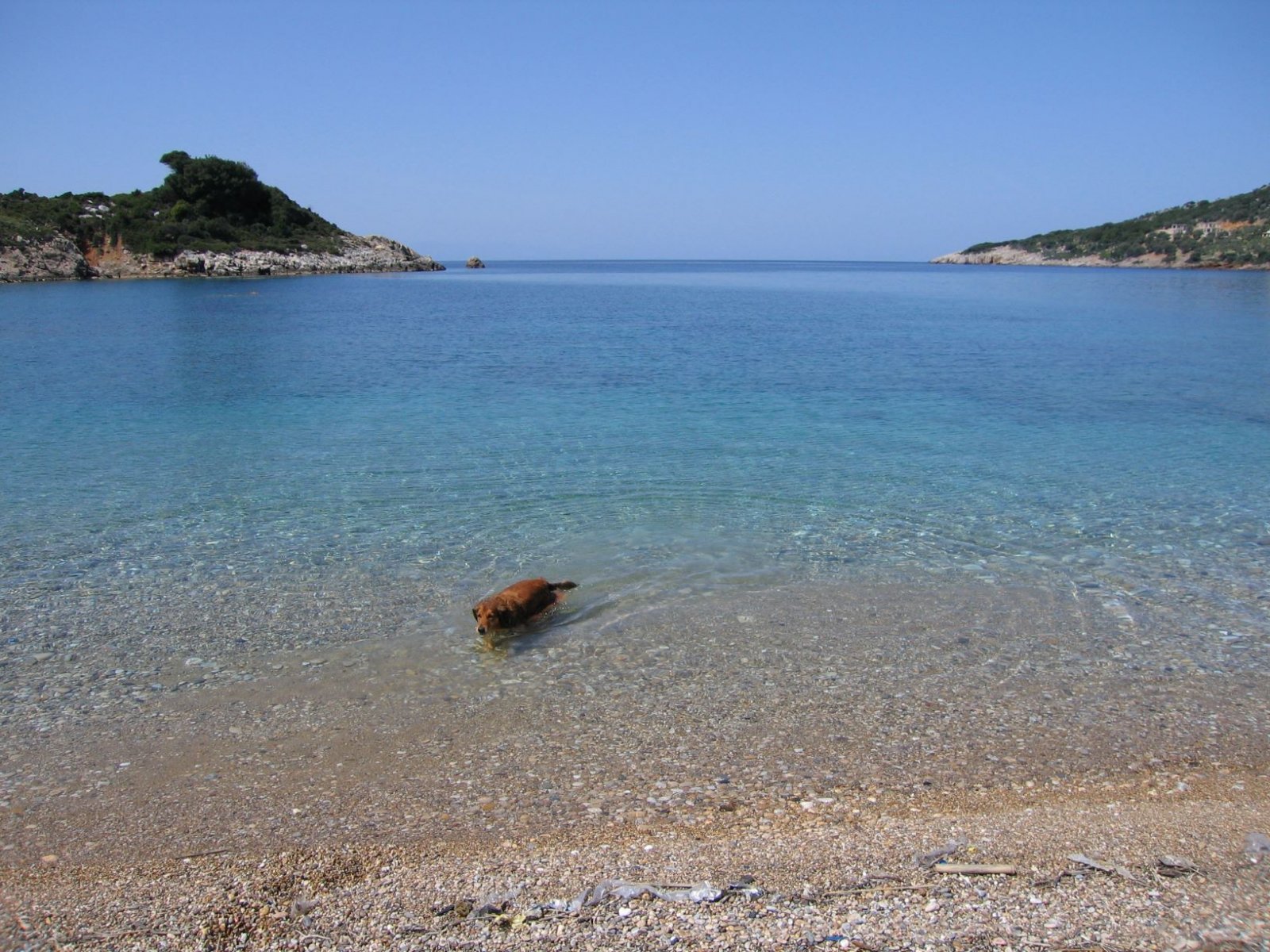 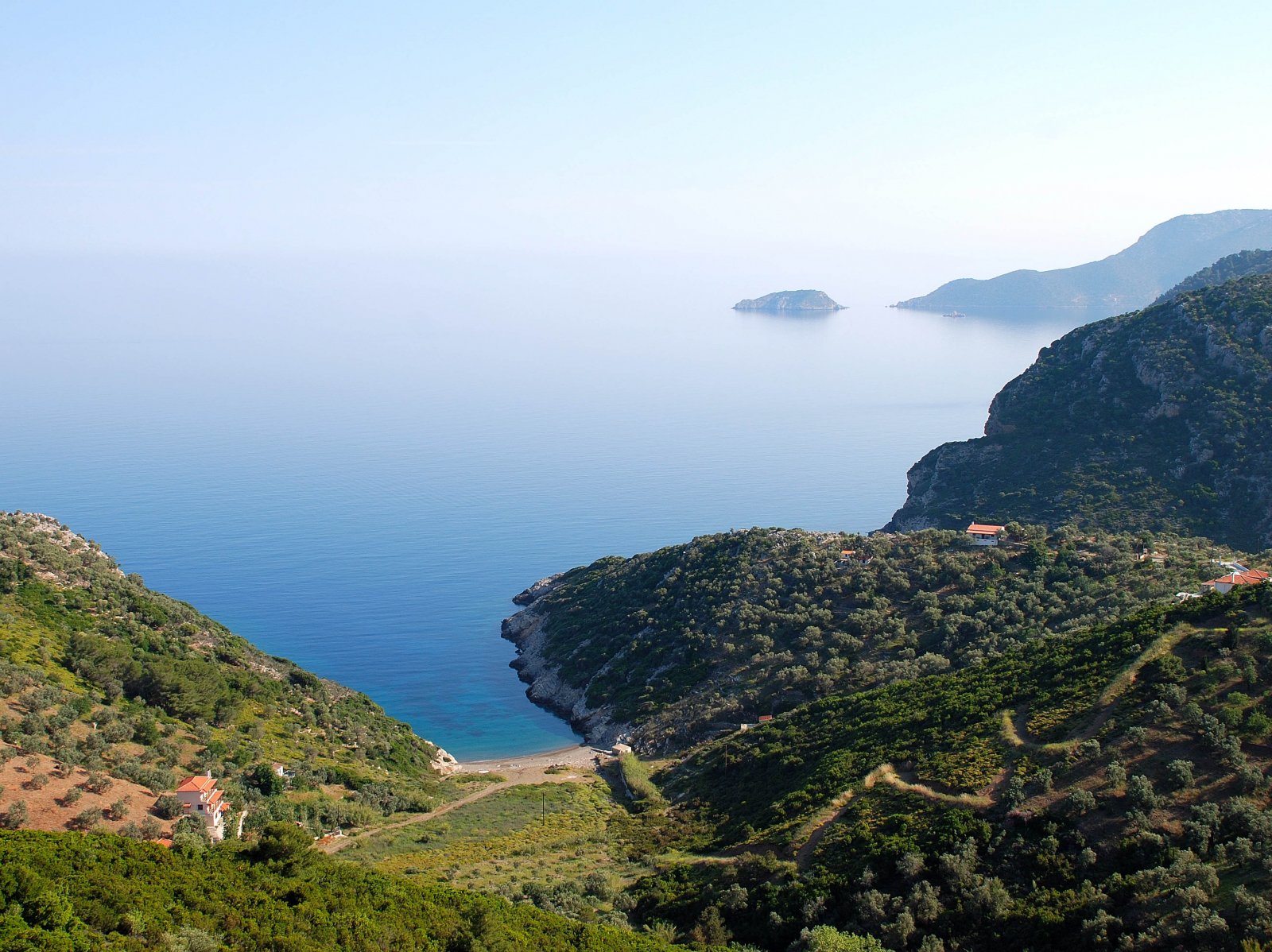 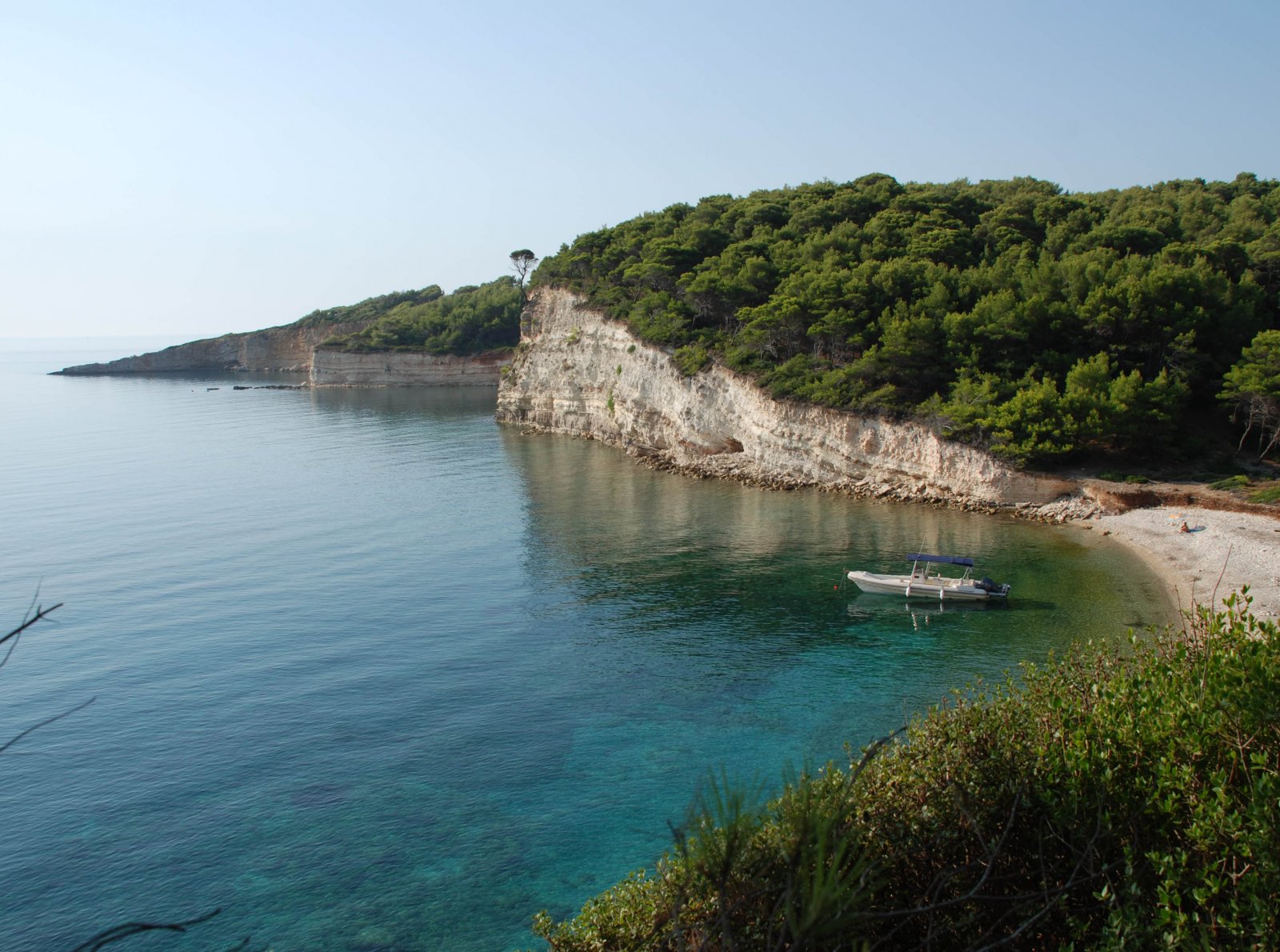 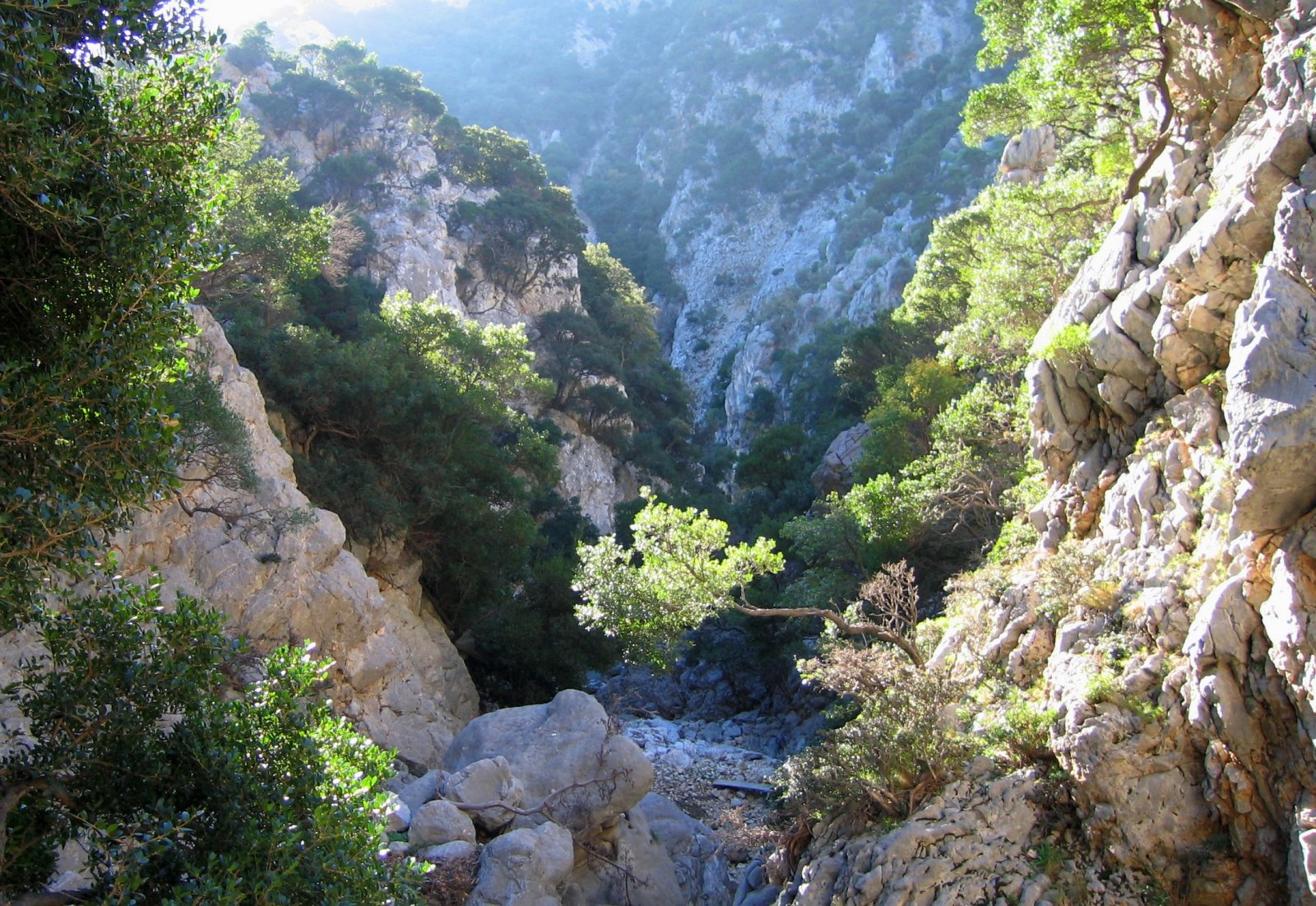 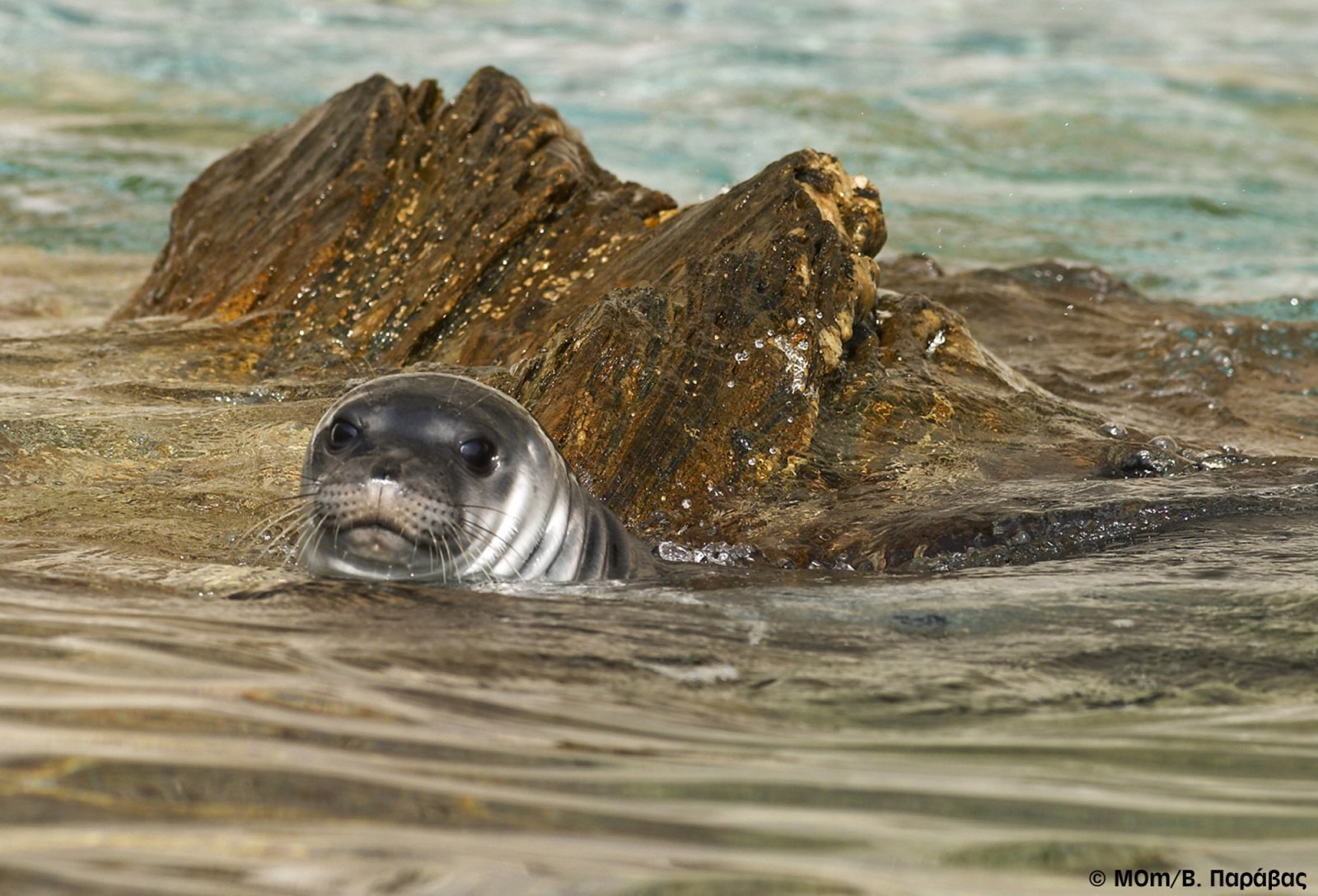